I Mean to Be One Too 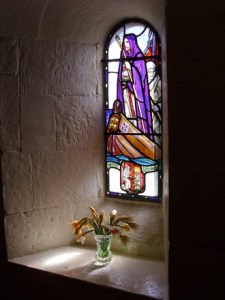 It’s the Feast of All Saints, the day we honor what the letter to the Hebrews calls that “great cloud of witnesses” to the beauty and splendor and faithfulness of God. Starting with righteous Abel and continuing on through Abraham, Moses, and my grandmother (and maybe yours), we celebrate today all those whose lives have been lived as if all the things we say about God were true.

I woke up this morning imagining an All Saints Dinner Party—you know, the kind where you get your favorite people around a table and see what happens? Of course I’d invite Clare and Francis of Assisi. And Teresa of Avila and John of the Cross, naturally. I’d have to have at least one of my Spooky Sisters from the Beguines there, so I’d choose Mechthilde of Magdeburg. Dorothy Day could come if she’d promise not to be cranky. Then I’d throw in a few saints I’ve known personally: my grandma, and my friends Edith and Judith. That should round things out nicely. I’d have to be a fly on the wall, since I’d wilt in such august company. Topic for discussion: “What does the ideal Christian life look like, as lived by ordinary people in the world?”

I like to ask groups of what I assume to be ordinary people to imagine they somehow knew that after they died, they would end up on the calendar: official saints. People would refer to them as “So-and-So of Such-and-Such a place,” would write icons representing them with objects that symbolized their conversion or ministry, would make pilgrimage to the places that had been part of their formation. I’ve written about this before, but I think it bears repeating. I like to ask people to take the Stations of the Cross as a model, and map out the stations of their own journey. To think about dying a death that would glorify God. What might they dare to do if they knew that God saw them that way, and that ultimately the church would too?

I have found no better way to instantly reduce a room to silence. Parents might want to try this with their kids on long road trips. Why do people have such a hard time taking their own lives that seriously? I pose this challenge to people because I think Francis of Assisi shows us how far a bit of romantic imagination can go. Francis believed he was a small person called to a great adventure, a knight in the Lord’s service. Not the worldly knight he’d once aspired to be (and that showed he’d been a romantic all his life), but something far greater. Francis could see greatness is sharing a bowl of mush with a leper. The Little Flower Therese of Lisieux saw that greatness could be found in small things. C.S. Lewis knew that great adventures could happen even to children—and that the problem with grownups is that they forget it.

We’re often admonished to take ourselves less seriously. This is good advice, when it means we should hold our own status and reputation lightly. There’s a great scene in Lewis’s Voyage of the Dawn Treader when Reepicheep the mouse has lost his tail, and complains to Aslan that the tail is the honor and glory of a mouse. Aslan gently suggests that Reepicheep could think a little less of his honor and glory, and when he at least gives it a try, Aslan restores his tail.

So if taking ourselves less seriously is a step toward conversion into the people we were created to be, then it’s a very healthy one, and the sooner we take it the better. But I’m afraid what we often fail to take seriously is the image of God within us, that divine Spark that is meant to light up the world. I suspect that what we often try to pass off as humility (“Oh, I’m such a small person, my life isn’t that important…”) is actually fear, and that missing a call to great things because of fear passing itself off as humility will ultimately lead to regret, and a lot of “what-might-have-been.”

I think that God’s dreams for us are big. Maybe not showy, but big. Big things, after all, can happen in obscure places. What if, just once, you dared to think that God means you to be “the disciple whom Jesus loved”? It was enough to turn a couple of kids in Assisi into two of the greatest saints of all time. What might it do for us? 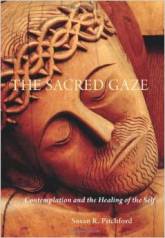 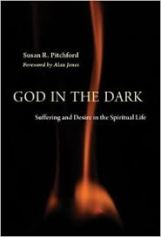 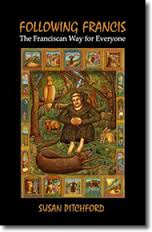 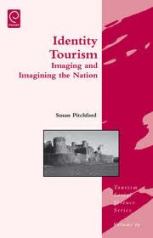 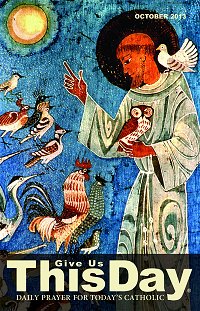 30,768 spam blocked by Akismet
Copyright © 2014 Susan Pitchford. You may use any written material on this website provided you make no changes to the text; acknowledge Susan Pitchford as the author, and include a link or citation to www.susanpitchford.net.
Loading Comments...
Comment
×
%d bloggers like this: